Vivid Vision Spotlights are a series of talks and conversations with experts and patients standing at the vanguard of vision science.

We probe deep into their stories and experiences using Vivid Vision, living with vision ailments and more. Nathan Bonilla-Warford is an optometrist in Tampa, Florida.  We are grateful he lended us a few minutes of his time. Here are some highlights of our conversation with access to our full discussion via this link.

Cris: What is the current state of vision therapy today?

Dr. Bonilla-Warford: I would say the current state of vision therapy today, is incredibly exciting. We as vision therapist, have been doing vision therapy for decades but it's kind of, I feel, in the last decade or so we've gotten much more scientific and we have much more knowledge about how the brain works and there's so much more that we understand is possible and so one example; is shattering the myth of the critical period. We still today, in the lay press we'll see studies that will come out but reporters don't know and so they'll talk about this belief that amblyopia can only be treated in kids and that's just completely not true. So I think the technology that's coming out now is helping us do things we know work; so much better that it's going to be orders of magnitude more effective than it has been in recent years.

Cris: Following up on the story of the vision therapist that tried Vivid Vision, can you please comment on it?

Dr. Bonilla-Warford: She was actually the first staff member of mine to use Vivid Vision. It was very exciting, she got to tell me how she was perceiving things. I wish she would have had more time with it before she left because she was able to see things and it was exciting because she was right at that point when she was really starting to develop SILO when we're doing techniques and she was able to appreciate depth in a way that she hadn't been able to before and she didn't have fine stereopsis but she would have gotten there and hopefully she will get there one day. She really understood and could verbalize what she was experiencing more so than the average patient because she knew the underlying factors behind her amblyopia.

Cris: Can you please go deeper into some of the things she described?

Dr. Bonilla-Warford: It's kind of funny because, when you have patients like that, they have a lot of self doubt because they know that there is something that they're missing but they're not sure what it is. In the very beginning she would say "I don't know, maybe i'm seeing it, kind of in 3D". We were doing different things with Vivid Vision and she would be like " Oh, this is what they're saying, like when they say THIS, this is what i'm suppose to feel". And she was right at that point where I felt like she was going to make rapid progress, this has been true not just with Vivid Vision but when we were doing vectorgrams she could really kind of accurately pinpoint the float of the images. It was very fun to work with her and elicit her responses.

Cris: What has been your experience with patients using Vivid Vision?

Dr. Bonilla-Warford: It's been great overall. We have a wide variety of patients and some of them are much more comfortable not just from the therapeutic value perspective but having that virtual environment. Kids tend to be more flexible and comfortable in that digital realm. Older patients, thinks its cool but they're a little overwhelmed at first you gotta take it a little bit slower with them but everybody think its amazing, everybody thinks that its a very cool experience. Now, looking at it from the therapeutic value, im a giant believer. I'm not much of patch guy, I don't prescribe it much unless it's the best option for the patient but it's not really my preferred choice but it's challenging to make anaglyphic therapy or polarized therapy to be incredible engaging for long periods of time. You can do it for short periods of time but it's harder with longer periods. And so this (VR/Vivid Vision) is taking it to the next level and I think that the population is really ready for it. Before Vivid Vision was even available I had patients come to see me specifically because I had blogged about Diplopia in the past but I didn't even have the technology yet. But their assumption was that I am somebody who is researching this technology and understands it and I am up with the most current treatments available. So now that we can actually offer this(VR system). It's a great tool for our office and I think patients are excited and ready.

Cris: Is Vivid Vision having an impact in getting more patients in to your clinic?

Dr. Bonilla-Warford: It's still very early. I don't think we've seen that happen specifically. However, the experiences have been so fantastic that it's really hard for me to imagine that word of mouth (not spreading). As most small businesses we depend primarily on word of mouth in terms of patient acquisition and basic survival. I think this is the type of thing that sets us apart from other practices who maybe haven't researched this technology or haven't wanted to invest the time to implement this technology. I have one patient in particular, she's a consecutive exotrope so she had esotropia as a child and she had strabismus surgery and she was a constant exotrope. With her previous doctor in a different state she had done therapy for a while and then she started doing therapy with me and to make a long story short. After we started using Vivid Vision she had her first very profound 3D experience. I think of it as a stereo Sue moment, she was in the grocery store she said "it was crazy, all of the aisles were like caves that I could look down and I could see the depth going all the way down the aisle" She said that she would stand there and look at a pile of oranges and each one was an independent orb and there was a woman that was next to her, and she turned, and she saw her hair sort of fly out at her and the other woman's hair was twirling around and she had never had that kind of experience before. The next week when we used Vivid Vision again and although she had used before and she wasn't suppressing and she was able to do it, this time it was totally new experience because she kept saying "oh these asteroids they're coming right at me" She would literally duck out of the way because she wasn't used to that sense of the proximity of things coming towards. She really had a profound sense of depth and 3D space inside the unit. I haven't seen her since then, ill see her this coming week and so I hope to be able to report that she's had many more experiences like that but we'll see. It was just an incredible experience with her.

Dr. Bonilla-Warford: I just want to say, that i've been looking for technology like this. I'm just so happy that it's finally here. We're going to see an explosion of these sorts of treatments. I think that there is going to be an underground section of people using things like cardboard and they're going to take the DIY route for therapy and thats going to lead to professionals like you guys that are taking it more seriously, incorporating some of those ideas. I don't think this is going to replace Vision therapy in free space and the concepts that we teach and I think its an important component of an overall therapy program. This (VR technology/Vivid Vision) combined with the different treatment aspects that are being developed I think will be an incredible opportunity for patients who have had very little hope in the past. 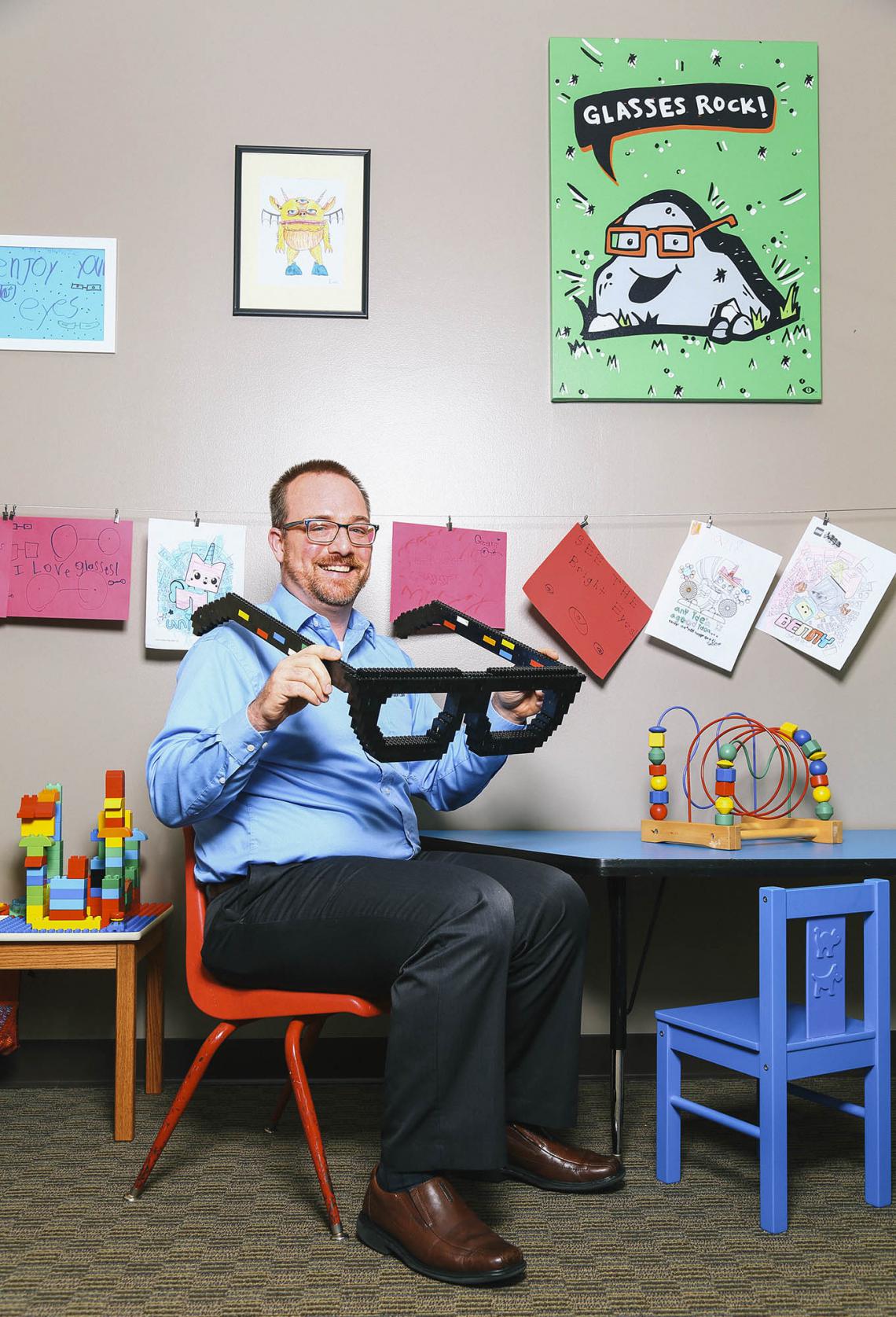