Quite often vision therapy is associated with children; however, adults have as much need for this type of vision care as children and vision therapy can be successful at any age. 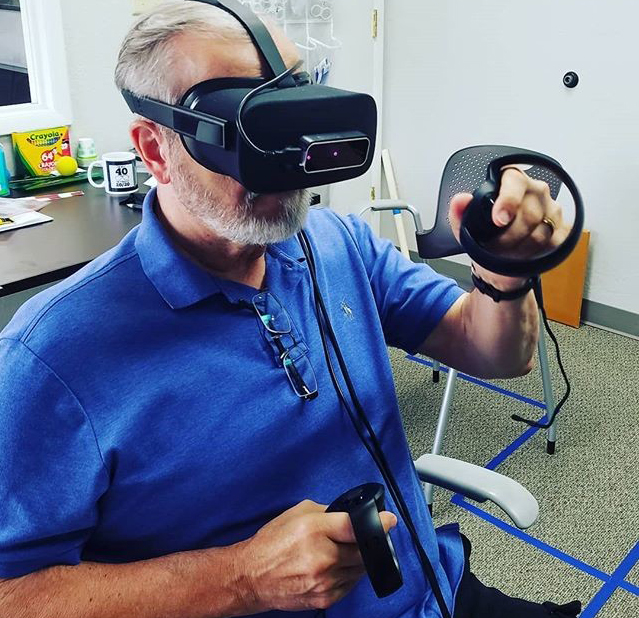 The visual system is not fully developed at birth. Over the first two years of a child's life, visual experiences shape the neural architecture of the visual system. During the first four months, eye teaming begins to develop, and with this eye-hand coordination. By 8 moths depth perception is developing, and by 12 months these skills are quite robust and continue to improve. During these early months and years, an abnormal visual experience will likely inhibit the normal development of the visual system. Amblyopia, strabismus (eye turn), or pathology can significantly impact the child's visual skills.

Children, fortunately, have a highly plastic visual system - amblyopia, strabismus, and other disorders of binocular vision can often be corrected with good success if detected and treated early. Adults, however, have a less plastic visual system and will require more time and effort to overcome an abnormal visual experience in childhood.

Dubbed “Stereo Sue” by neurologist Oliver Sacks in a New Yorker article by that name, Dr. Susan Barry is the author of the book Fixing My Gaze which describes her astonishing experience of gaining 3D stereovision after a lifetime of seeing in only two dimensions. 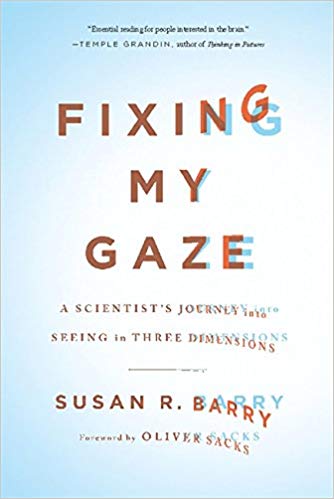 Dr. Barry was cross-eyed from early infancy and had three surgeries as a child that, according to her, "made my eyes look more or less straight." Dr. Barry did not develop stereovision until age 48 when she underwent optometric vision therapy under the guidance of a developmental optometrist. As a neurobiologist, Dr. Barry is in a unique position to tell her life story because she can, and does, give scientific explanations for why her eyes and brain could not produce 3-D images, and how she fixed that problem.

Listen to Dr. Barry describe the first time she saw in stereo:

Treatment for Adults with Convergence Insufficiency

The Convergence Insufficiency Treatment Trial found that for adults aged 19-30, 50% receiving office-based vision therapy for CI were either “improved” or “cured” after 12 weeks based on symptoms and clinical measures. It is possible that with more sessions there would have been a larger number of adults with CI benefiting from vision therapy. Also, investigators noted that the adults in this study improved the same amount clinically as children in another study suggesting that adults rate their symptomology differently than children.

In recent years, several randomized clinical trials have been published comparing the effectiveness of treatments for CI in children and adults. These studies have used both symptoms and clinical signs as outcome measurements. The results of these studies demonstrate that office-based vision therapy with home reinforcement is the most effective treatment for CI in children and adults. Additionally, studies and reviews have speculated that adult patients may be more successful due to their maturity, self-discipline, and likelihood of completing a therapy program (4,5,6)

Treatment for Adults with Lazy Eye

It was long thought that treating amblyopia, the medical term for lazy-eye, after the "critical age" of 8-12 years old was not possible. Unfortunately, many optometrists and ophthalmologists still believe, refer to, and share this outdated view. Research, clinical trials, and well-documented patient cases, now show that amblyopia can be treated well into adult hood.

In an excerpt from Stereopsis and amblyopia: A mini-review. Levi et al explain, "Brain plasticity is known to peak during a critical period in early childhood and to decrease thereafter (Bavelier et al., 2010; Movshon & Van Sluyters, 1981; Wiesel, 1982)." They go on to explain that this highlights the effectiveness of early intervention but the assumption that plasticity ends after a critical period has been detrimental to patient care.

Levi et al lament, "Amblyopic patients over the age of seven are often told that they will never be able to recover visual acuity or stereovision because their visual system is beyond the critical period for binocular vision. Young brains are certainly much more plastic than older ones, yet the last 15 years have shown that significant plasticity can still be induced beyond the critical period if appropriate input is provided." They share multiple references supporting this claim: Baroncelli, Maffei, & Sale, 2011; Bavelier et al., 2010; Hess, Thompson, & Baker, 2014; Levi, 2012; Levi & Li, 2009; Levi & Polat, 1996; Morishita & Hensch, 2008; Wong, 2012.

Though it can be more difficult to treat adults, there is evidence that improvements in acuity, depth perception, and vergence ability are all possible through vision therapy, eye surgery, and visual perceptual training. Amblyopia in adults can be successfully treated through a combination of lenses and active vision therapy including virtual reality programs.