What is virtual reality (VR)? The term "virtual reality" itself is actually somewhat contradictory: virtual (pertaining to something artificial) and reality (pertaining to something real or tangible). VR can trace its heritage back to the stereoscope first described in 1838 by Charles Wheatstone. Virtual reality relies on completely computer-generated environments and the concept of immersion (sometimes referred to as telepresence) to "trick" the brain into thinking the user is part of the virtual enviroment. This is slightly different from augmented reality (AR) which uses the real environment in some part with a computer-generated overlay.

Virtual reality is a relatively new medium of entertainment that has become available to general consumers. The wearer uses a head-mounted display like an Oculus Rift or a Google Cardboard and can interact with a virtual environment. At its core, a VR experience should give you the ability to access information that is displayed in stereo 3D with 3 or 6 degrees of freedom head tracking.

Surprisingly, VR is not a new concept. In fact, VR technology has been in refinement for many decades. The term “virtual reality” was coined by Jaron Lanier back in the 1980’s when he founded VPL, the first virtual reality start-up. But even before Lanier, a man by the name of Ivan Sutherland was working on a crude head-mount display that was so large it took up an entire room! (See the Sword of Damocles for a quick primer on early VR and AR).

Over the years, many have tried to bring VR to the mainstream but the technology wasn’t ready to meet even the lowest of consumer expectations. In the past few years however, there has been a major re-emergence of VR technology–partly due to the rise of the smartphone. In fact, if you currently own a smartphone chances are, you are already carrying a VR-ready device in your pocket.

How Does VR and Human Vision Work? 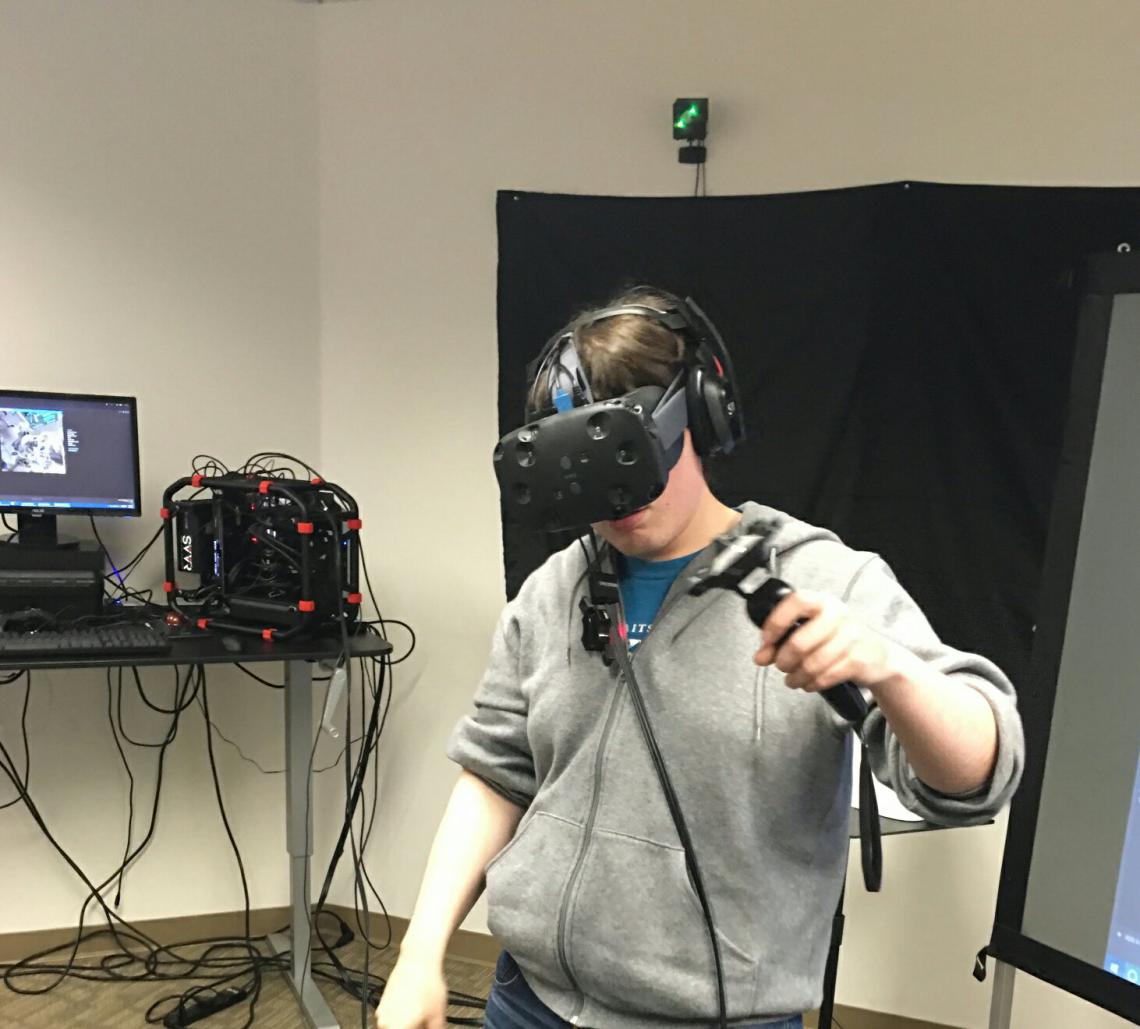 Virtual reality relies heavily on the concept of immersion. In regards to vision, binocular (both eye) and stereoscopic (depth perception) cues are critical to "trick" the visual system. Although not actually VR, early work on stereo viewing was not only an important concept, but also a fundamental visual component for VR to function correctly.

A Quick Primer on Human Vision

This is a super-quick refresher on how human vision works in general. The clear front window of the eye is called the cornea. Light passes through the cornea into the hole in the color muscle tissue of the iris called the pupil. Right behind the pupil is the focusing mechanism of the eye called the lens. The lens flexes to focus light on the light-sensitive cells of the retina. Millions of light receptor cells called cones and rods transform light information into electrical signals and pass these signals through the optic nerve, through the thalamus, and ultimately into the visual cortex.

Nearly 1/3 of the human brain is dedicated to vision

What is amazing as that a massive amount of information that is processed by the brain. In fact, nearly 1/3 of the human brain is dedicated to vision.

Here's a short a list of all the major companies working on a consumer VR product:

In many respects virtual reality is the closest thing we have to dream sharing.

Staring through a head mounted display is more or less like looking through a pair of binoculars except these binoculars provide you with a window into digital landscapes and worlds. The arrangement of having one lens per eye gives the user stereo vision, just as you would in real life. We humans use stereo vision to infer the depth and distance of objects.

On top of stereo 3D vision you also get 1 to 1 head tracking with virtual reality. This means that, you should be able to look around you by physically moving your head and seeing the corresponding image in the virtual world. When all the necessary components are combined properly, virtual reality makes you feel like you are somewhere else, this feeling is called presence and VR is the only medium that provides this. In many respects virtual reality is the closest thing we have to dream sharing.

The technology is still in constant refinement, but what we have learned so far is that VR can be a very powerful tool to heal people in many ways. This is where Vivid Vision comes in. We want to leverage this new tool to treat vision ailments and one day enhance human vision itself. Follow us on twitter and Facebook to find out more on how we plan to accomplish this in the future! Let’s accomplish these goals together!

Two Visual Pathways in Primates Based on Sampling of Space: Exploitation and Exploration of Visual Information (https://www.frontiersin.org/articles/10.3389/fnint.2016.00037/full)