When it comes to binocular vision disorders, optometric terminologies and/or new medical definitions may be overwhelming when introduced to a patient for the first time. The Vivid Vision Wiki contains numerous topics that will cover binocular disorders and other subjects in detail to help explain and bring more light to a patient's questions. Here are a few common definitions a patient may come across during a binocular vision exam.

Strabismus (also called squint and crossed eye), is a condition in which the eyes do not properly align with each other when looking at an object. Strabismus can be constant (always present) or intermittent (also called transient strabismus).

A phoria is a latent (hidden) eye deviation. The eyes appear to be straight, but when covering an eye and breaking fusion, the eyes assume a position away from normal alignment. Most people have a very small phoria if tested, but a large phoria makes it hard to keep the eyes aligned, especially after a long day or when stressed. Phorias are also named with the exophoria, esophoria, hyperphoria, hypophoria convention.

Amblyopia (the medical term for lazy eye), is a condition in which the eye itself is health but vision is decreased. This can occur due to unequal glasses prescription (refractive error), eye turn (strabismus), or deprivation (lack of a visual stimulus when the eye is maturing).

Refers to the condition where all or part of the visual field is not perceived. Suppression occurs upon the simultaneous stimulation of both eyes, as the main "purpose" of suppression is to secure single vision where it would not be attainable otherwise. Suppression may be classified as active or passive.

Active suppression occurs when single binocular vision is not attainable to avoid diplopia and visual confusion.

Passive suppression occurs due to gross inequalities in the visual information between the eyes, as in Amblyopia. It takes less effort for the brain to ignore a blurry image than to suppress a double image.

Vergence is a broad term that relates to eye movement. For example, we can CONverg and DIverge the eyes. 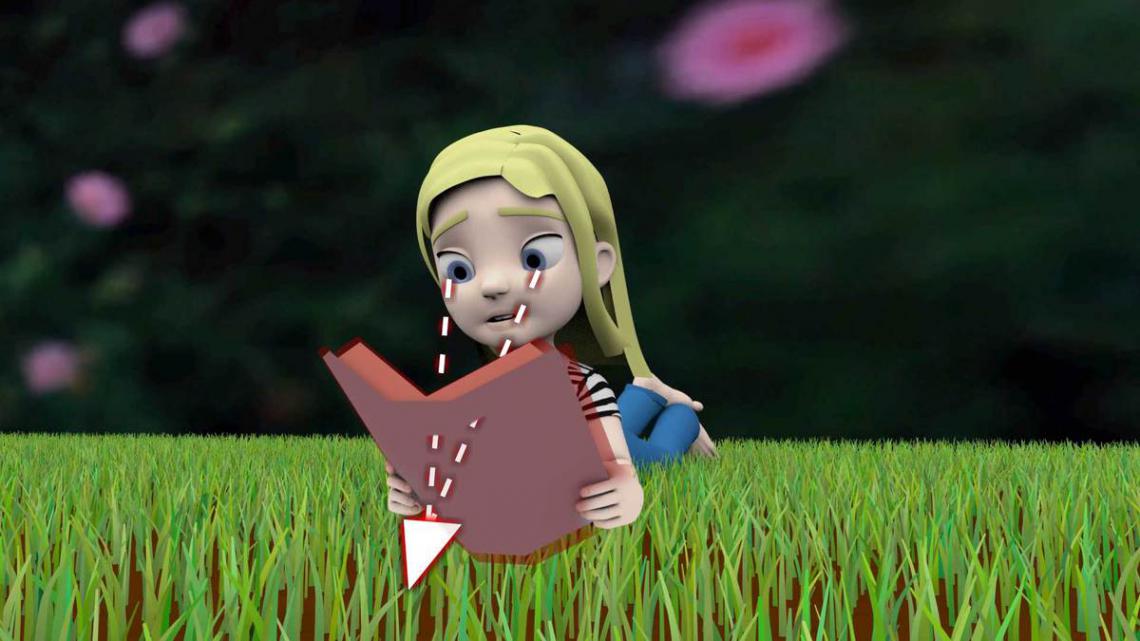 A specific type of vergence disorder. The eyes are unable to maintain convergence for an extended period of time (reading a book for example). These patients often have a high exophoria, and may intermittently lose fusion and show an exotropia, which causes double vision.

A prism diopter, often abbreviated with a greek delta (Δ) or ^ and represents a measure of angle, like degrees. Unlike degrees, it is not a linear unit, so it cannot be converted by simply multiplying a constant value.

The power of an ophthalmic prism (glass or plastic) in prism diopters (Δ) is equal to the deviation, in centimeters (cm), of a light ray passing through the prism, measured one meter, or 100 cm, away from the prism. Prism can be sued in a compensatory way, helping achieve alignment of the eyes when it is not possible by other means. In the therapy room, prisms are also used therapeutically on both a monocular and a binocular basis, and on a binocular basis, they change the demand for convergence in order to keep a target single, and reflexly change accommodation.

The clearness or sharpness of sight, the ability to resolve or discriminate contours, and to tell there is the separation of the contour from its background. 20/20 means that an individual is able to resolve the letter on the 20/20 line of the Snellen chart at 20 feet.

The refractive condition in which the light rays from an object are not brought to a single point focus at the back of the eye.

The condition in which a single object is perceived as two objects instead of one, or also known as double vision.

Pertaining to vision with one eye alone.

A saccade is a relatively quick eye movement during which the eye jumps from one target to another. It is often called a "catching" movement because it helps the patient catch and begins a new target to the fovea.

The binocular appreciation of depth. The eyes are separated in the horizontal plane of the head and thus each eye has a slightly horizontal disparate view of the world. The sensory fusion of these horizontally disparate unequal retinal images results in a 3-dimensional percept.

A therapy program designated to help a patient learn to use his visual system more effectively, whether to aid visual development, enhance or remediate skills and abilities, or rehabilitate the visual process after brain injury.

Possibilities for conditions needing therapy include:

Each situation has a high probability of being helped b optometric vision therapy.