As part of our Vision Therapy Success Stories series, we interviewed Lincoln's mother, Sarah as well as Lincoln's optometrist, Neil Renaud from EagleEye Performance Vision in Holland, Michigan. Lincoln presented to vision therapy with a mild case of refractive amblyopia. His visual acuity was not that bad in the amblyopic eye but Lincoln was experiencing severe car sickness, headaches, eyestrain when reading, that indicated he was not using the two eyes together successfully. Lincoln successfully completed his vision therapy program in six months and is now free of all his symptoms!

He told me Lincoln had amblyopia—I’d never heard that word before. When I thought of lazy eye, I thought that described an extremely wandering eye, which Lincoln did not have.

After about a year in glasses, Lincoln was complaining of headaches and struggled with severe car sickness. He would also get very cranky. “I asked him one day how things looked with his glasses on versus off and he said there wasn’t much difference,” Sarah explained. Instead of going back to the ophthalmologist, Sarah made the decision to take Lincoln to her optometrist. “He told me Lincoln had amblyopia—I’d never heard that word before. When I thought of lazy eye, I thought that described an extremely wandering eye, which Lincoln did not have. So, at the recommendation of the optometrist, we started patching Lincoln’s good eye to begin correcting the weak one.”

Although she and her husband noticed improvement with Lincoln’s vision, the severe car sickness persisted. “I asked our optometrist if there was anything else, any other treatments we could consider for Lincoln, and he gave me a brochure about vision therapy from Eagle Eye Performance Vision in Holland, Michigan,” Sarah said. 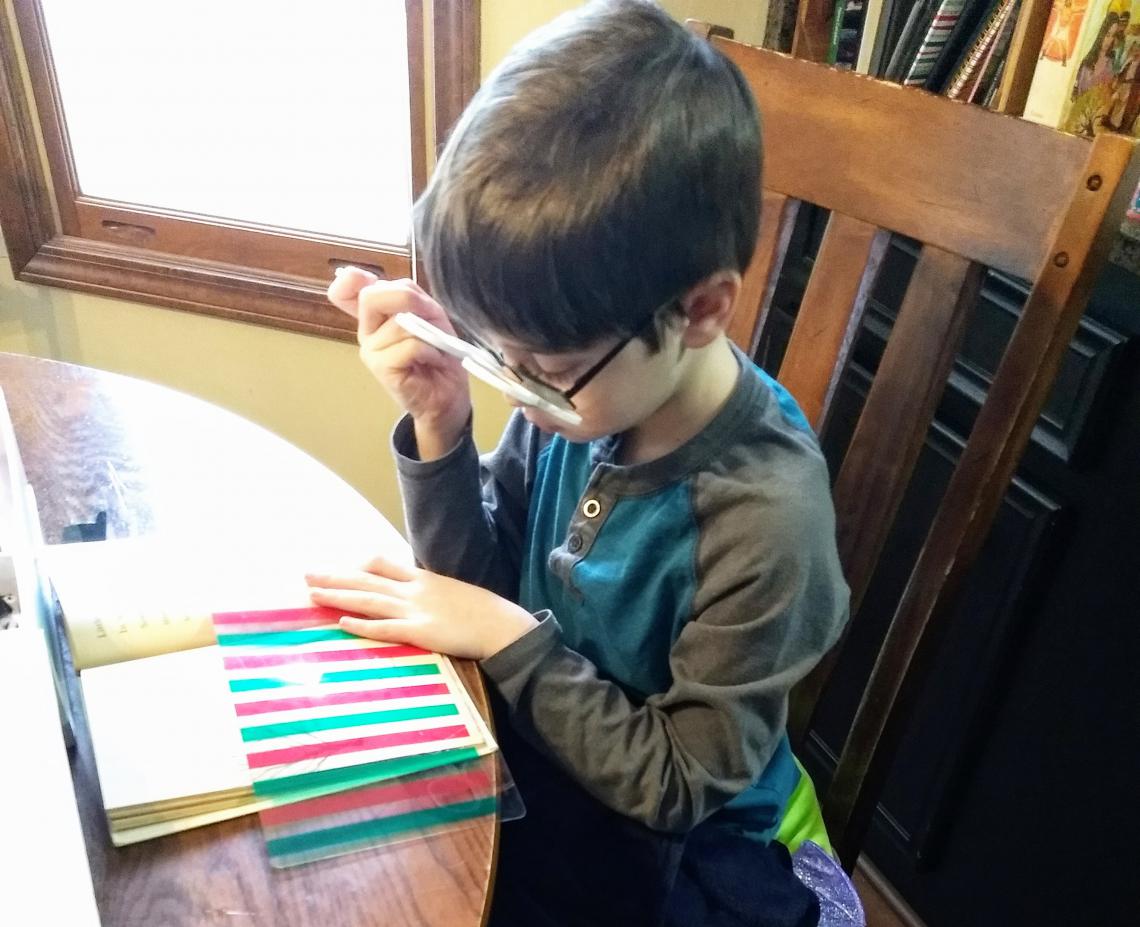 ...his right eye was now able to see clearer, but his brain had not learned how to use both eyes together.

Dr. Neil Renaud of EagleEye Performance Vision evaluated Lincoln. “Lincoln had refractive amblyopia and had done patching and glasses wear before seeing us.” Dr. Neil went on, I think his case was unique because if you looked at him from the old school visual acuity-only point of view, his amblyopic eye saw 20/25 with glasses and would be considered a very mild case. However, he was experiencing a lot of headaches and eyestrain with reading, would avoid near work, and complained of fairly severe car sickness. I explained that his right eye was now able to see clearer, but his brain had not learned how to use both eyes together.

“Dr. Neil was fantastic! He was so honest with Lincoln and we found many answers there,” Sarah shared. “I tried to research vision therapy online, but I felt overwhelmed that there did not seem to be any clear answers.” However, the team at Eagle Eye Performance Vision zoned in on several questions on Lincoln's developmental milestones that began to paint a clearer picture. “I remember being asked if Lincoln had trouble crawling as a baby. Yes, he did. I began to see how several issues in his young life were related and knew we were in the right place. They understood and had confidence in their ability to treat my son.”

In conjunction with his vision therapy treatment, Lincoln used Vivid Vision both in Dr. Renaud’s office and at home.

Lincoln started vision therapy in June 2019. He completed the program with tremendous success in just six months. In conjunction with his vision therapy treatment, Lincoln used Vivid Vision both in Dr. Renaud’s office and at home. “He really liked the games. He kept trying to get to the next level and saw it as more of a personal challenge of getting faster and smarter, but I knew it meant he was seeing better,” Sarah explained. “Lincoln’s favorite Vivid Vision game was Barnyard Bounce.”

Dr. Renaud said, “Lincoln mastered a lot of Vivid Vision games and progressed to the highest levels throughout, and would actually contact us during the week if a setting was too easy and he wanted the difficulty increased. In our office, Lincoln always did Vivid Vision first right before binocular activities in real space. We told him to practice using both eyes in the virtual world, and then translate that to the real world.”

Sarah said, “Lincoln is a completely different kid! He has no more car sickness. No more bad headaches. He can focus and read for much longer periods of 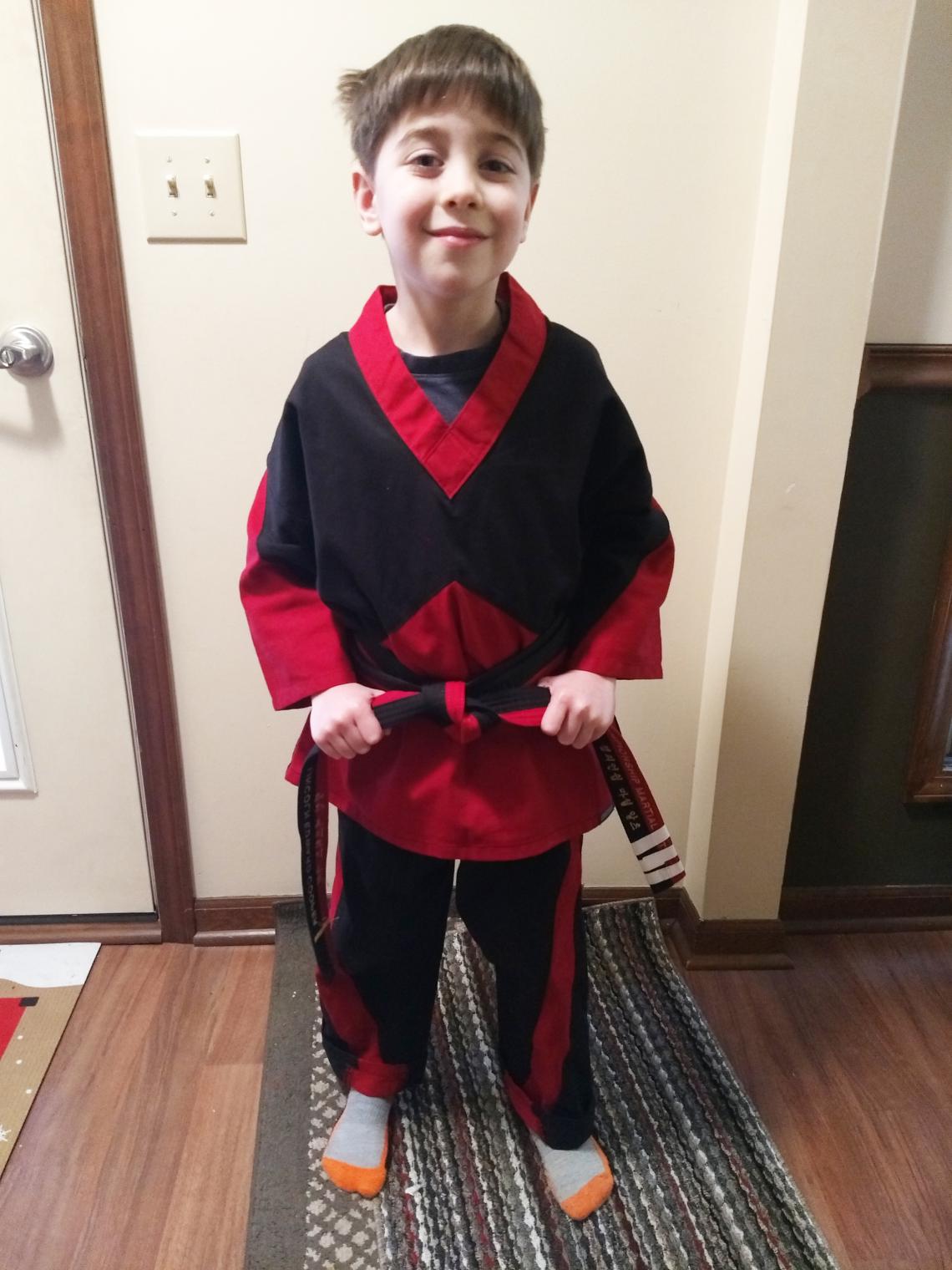 time and his handwriting is better. He also has significantly better balance, which helps him participate in Taekwondo.”

“Now, my husband and I better understand what Lincoln is seeing and how his brain and eyes need to work together. If you are uncertain about vision therapy, please look into all your options and talk to an optometrist,” Sarah shared. “It could really change your life.”

Over 476 Vivid Vision Providers prescribe virtual reality alongside patching and vision therapy to treat your lazy eye. Sign up through our doctor locator to see if Vivid Vision is right for you.