James Blaha is a programmer and entrepreneur who was diagnosed with amblyopia and strabismus at a young age. While living in Michigan he found out about adult vision therapy through a TED talk given by Dr. Susan Barry. Dr. Barry was able to improve her lazy eye as an adult and shared her experience with the rest of the world. That talk inspired him to design software for virtual reality headsets like the Oculus Rift. While working on an early prototype of the system, he gained depth perception and saw in 3D for the first time.

Vivid Vision started in 2013 under the name Diplopia. We later changed to Vivid Vision to better reflect the user experience at the core of all our products: Helping people with vision disorders to start seeing vividly.

What started out as a self experiment to fix James Blaha’s lazy eye is now being used in over 30 clinics and schools globally and growing since our official launch in April 2015. With the help of the LEAP Axlr8r program, SOSVentures, and Uncorked Capital, Vivid Vision has been able to grow and expand the team.

Our first release of the Vivid Vision Suite was focused on treating amblyopia and strabismus. The newest version incorporates vergence and sports vision modules. This release is only available to clinics under the supervision of a physician. Vivid Vision Home was launched in 2016, which allows clinics to prescribe Vivid Vision to patients. This version requires the use of the clinical device to customize the settings.

We are a motivated team with a vision of improving the quality of life in people with binocular vision disorders
We are excited to incorporate the latest technology and research into our products.

CEO and Co-Founder, James Blaha, grew up with amblyopia and strabismus, and decided to try and improve his own vision. While building the first version of Vivid Vision for amblyopia he gained stereo vision and started the company. 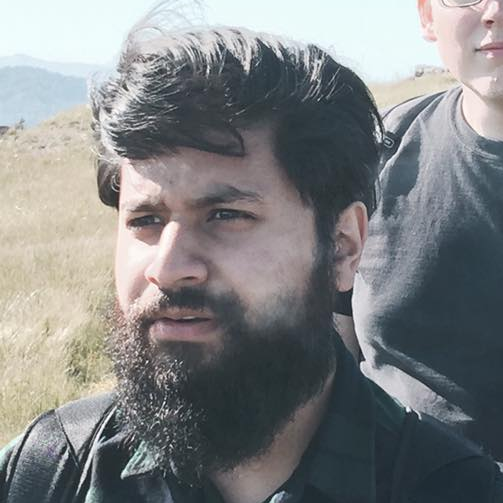 Manish Gupta, co-founder and chief technology officer (CTO), leads the technology and developmental sector of Vivid Vision. Prior to starting at Vivid Vision, Gupta held a position at IBM in their analytics and optimization division. 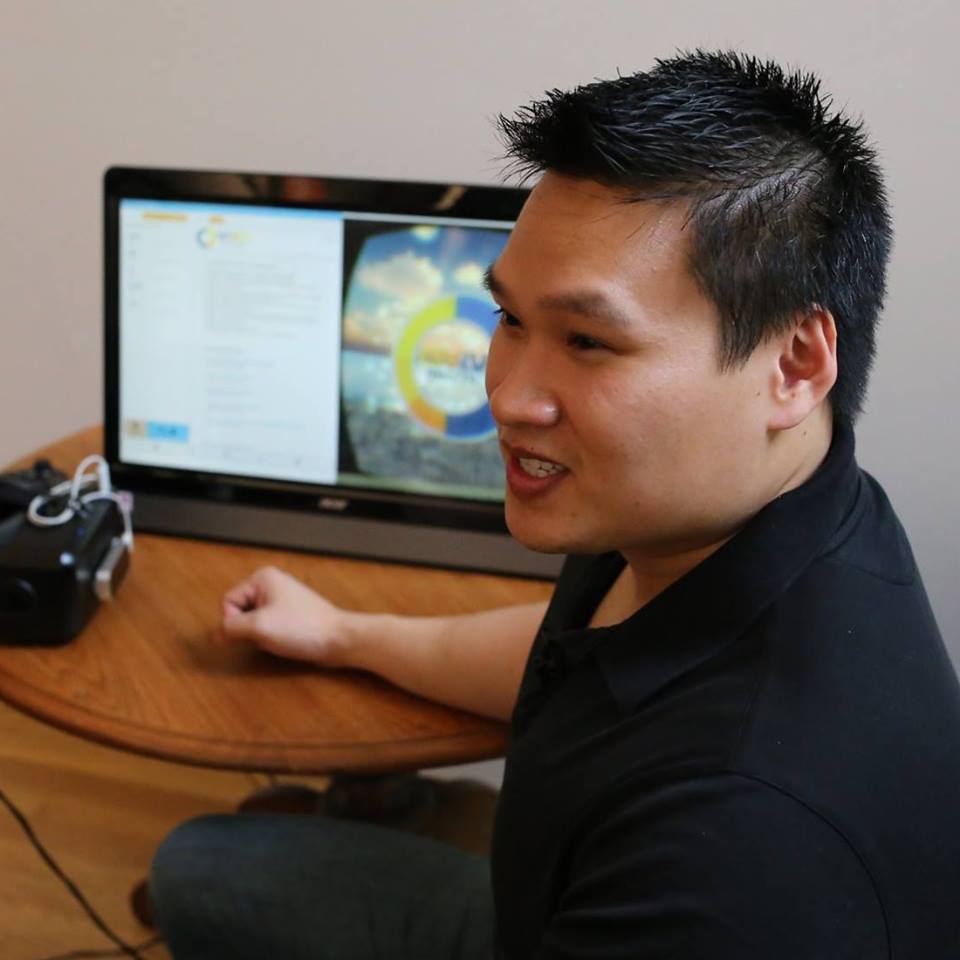 As the chief of optometry, Dr. Tuan Tran is responsible for the clinical and educational side of Vivid Vision. Dr. Tran completed his residency in pediatrics, neuro-rehabilitation, and vision therapy through Southern College of Optometry.

Before joining Vivid Vision, Ben ran the Backus Lab at SUNY School of Optometry in New York. His work at the lab focused on understanding how binocular vision works. He uses his expertise to make sure our system is using the cutting edge of vision science. 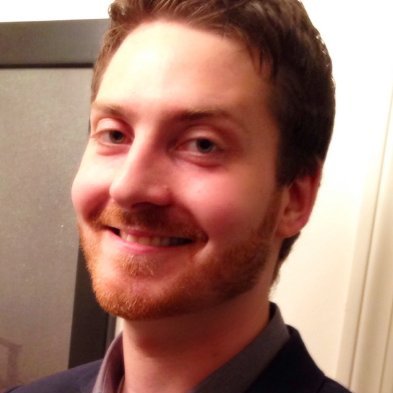 Jordan joined the team full-time in 2015, and is responsible for driving revenue through multiple channels, developing sales road-maps and designing customer success and post-sales account management policies. With a successful track record in SaaS, Enterprise IT and Data Security verticals, Jordan became fascinated with VR in early 2014, met the Vivid Vision Team and never looked back. 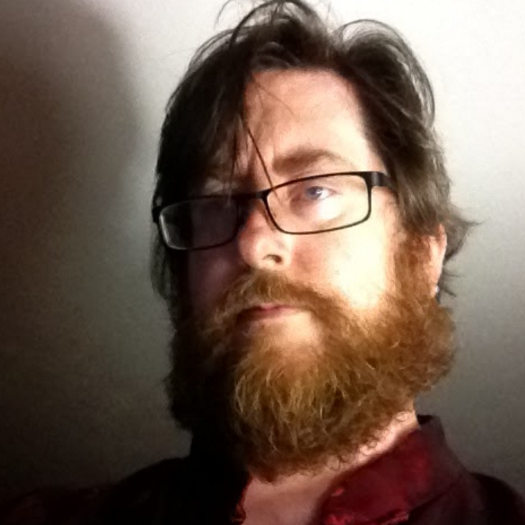 John joined Vivid Vision in March of 2016 as Lead Game Designer. He is responsible for designing and building the next version of the Vivid Vision software, as well as improving the current version. With 20 years of game development experience on which to draw, he is helping to make all versions of the training even more enjoyable. 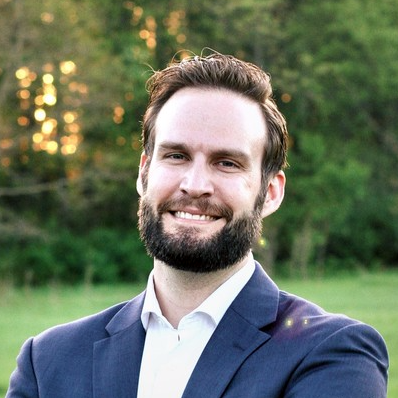 Dr. Dornbos is an optometrist from Grand Rapids, Michigan. He received his Bachelor's in Vision Science and his Doctor of Optometry from the Michigan College of Optometry. Prior to joining Vivid Vision, he served as a clinical instructor for the Battle Creek VAMC. 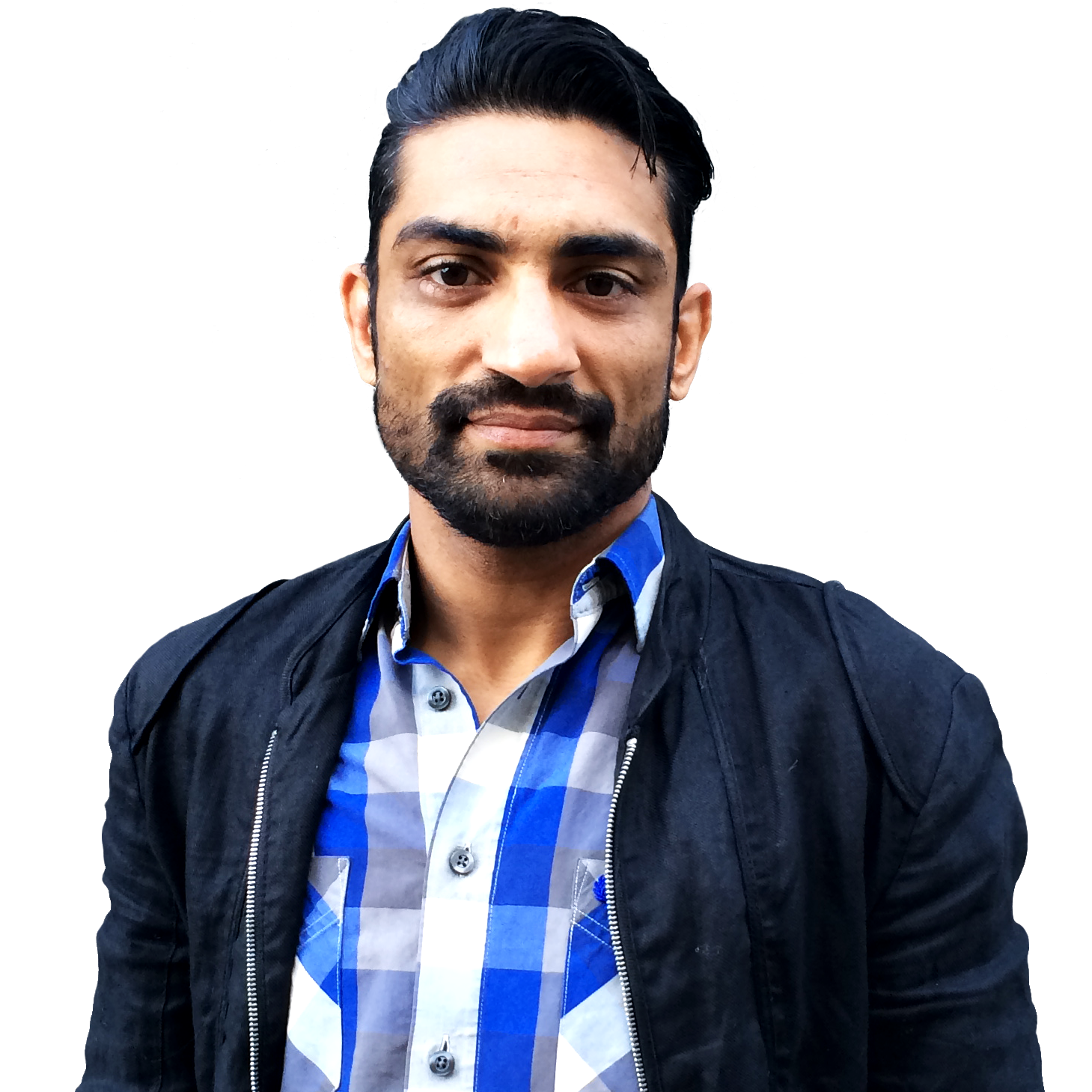 Arvind, a Partner at SOSventures, has been with Vivid Vision from the very begining. He advises the company on everything from business development to design. 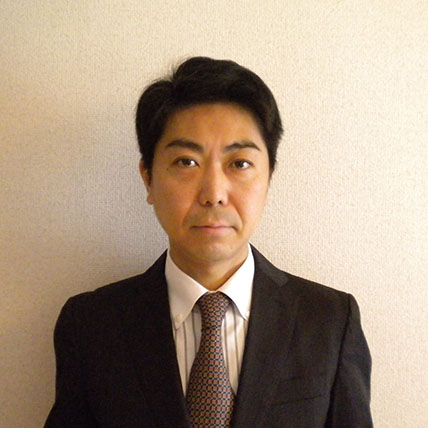 Sunao heads up sales in the Asia Pacific Region. He is a medical sales and marketing specialist who has experience in the IT and high-tech manufacturing industries in Japan and throughout Asia.

The Vivid Vision Suite is a bundle with software and hardware for amblyopia, strabismus, and vergence disorders. This powerful technology allows us to create vision therapy tools that appear in a life size, 3D virtual environment without the boundaries we are accustomed to with TV and computer screens. Four exciting games come included that are designed to help overcome suppression while improving visual acuity, fusion ranges, and depth perception. The platform automatically updates ​with new games and tests.

Affects about 5 out of every 100 people

May affect a child’s performance in school, sports, and career choice

Greater than 12 million people in the US with strabismus

Often leading to emotional disorders due to bullying

Can cause headaches and double vision

Vivid Vision is located in over 30 clinics, optometry and medical schools, and research institutions across the world.

Vivid Vision has been on various media outlets. Read what they have to say!.

Read more about Vivid Vision (formerly Diplopia) by clicking a link above.

We are proud of what we have done and want to share it with you!
Take a look at media kit for your use.

Screenshots of interface, games, and activities

Pictures of the Vivid Vision team

Pictures of demos and public images

Are we missing any valuable content? Let us know!

For more information about Vivid Vision, please fill out the form here.
If you have an urgent question, you can contact us at 1-877-877-0310.